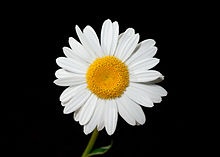 If you are one of those mere mortals trying to have a full time job and a life whilst also being the primary care giver to a garden space, chances are you’re either a wee bit stressed right now. That or you have given up all forms of social activity not involving deadheading or nematode waterings until November.
I am the first kind, my garden is giving me stress y’all.
What with the schizoid weather everything that was hardy enough to survive the odd near-zero evenings is going utterly mental in the interluding periods of mass sunshine. My good stuff is dead. All the evil is thriving like a weight watchers salesman in pre-bikini season. The beds are a mess and I really, really don’t know if I should swap my blue grass planting for the hebe or keep the hebe in a pot and try to tame the hibiscus down instead? And what are we going to save the last planting trough for? Radishes or lettuce? The radishes got eaten last year. The lettuces get eaten every year.

OK so it’s not that bad, but  it is a rude awakening from the ultra slow/cold start to the year where I had nothing to do but lament my lack of pot fleecing skills. It’s all kicking off, and having a couple of pleasing invites on the cards for next weekend means that I have up until the end of this happy Bank Holiday Monday to get everything out there ship shape and bug free for the next couple of weeks.

Yesterday was tieing up the spent tulips (of which I have way too many) and wrenching out a couple of miles of sticky weed, which left today aside for pretty things like my new Senetti and getting the butternut babies into their outdoor bed. And deciding about that bloody hebe, perhaps. It should have been fine, I should be out their with my feet up in all the well tended splendour with my first gin of the day by now.

I am not out there in any kind of splendour. Because, daisies. For once, my sweary rant of garden issues is not about Oxalis babies or Moby Dick The Phantom Crapper. You see, I have a nice slightly shady patch at the back of the garden. Last year it gave us my sentient and malevolent pumpkins. 2018 has it down for a butternut squash nursery. I don’t weed this patch in the winter, there’s no point as crap grows on there faster than I can keep up with it and if there is crap growing in there the cats don’t tend to add their own actual crap on top of it. So I resign myself to a solid weeding session in the spring and leave it to help out the bugs and butterflies until then. Today was ‘Then’ when the mass weeding was due, which should have taken half an hour and been restricted mostly to dandelions and forget-me-nots and other easily tugged culprits.  Oh no, what is his new green invader? I know not, but fear not, I shall pull it all out with my trusty garden fork. My trusty garden fork which got stuck in the root mass of this be-leafed menace and failed to come out again even with my full weight on the bloody thing. If you don’t know me, I can assure you that my full weight is not an insignificant amount. An hour and a half and three litres of middle-aged-pain sweat later, I have more kilos of daisy roots than I can carry in one trip to my compost bin.
Bastards.
For clarity, I don’t mean teeny tiny pretty daisies like you get in the lawn. I mean Leucanthamum, a tall and sturdy perennial flowering aster which will die back over the winter in order to not draw attention to the fact that it is burrowing under your paving with a super strong root network that Groot’s evil twin would be proud of
It. Is. Everywhere.
Or more, it was everywhere. It is now in the compost bin whilst I am in the throws of a good anti-inflammatory hit and trying to remember the last time my legs hurt this much. It was either the walking marathon or my first weighted squats class. Urgh. On the plus side, I remembered at all times not to try and lift/heave with my back and I now have a legit reason to do nothing but drink, elevate and ice for the remains of the bank holiday. The lesson is to always have gin handy. The other lesson, is that what happened in your garden last year won’t necessarily repeat itself. The other other lesson is that plants are bastards, and you can never let your guard down around them, even the pretty ones. Especially the pretty ones.

And now for the early May round up:

Beans: All dead but one stalk, which is potted. Those in the ground never really recovered from the late frosts. RIP buddies.

Rhubarb: Going nuts. NUTS. Now big enough to harvest but not ripe enough. Likely to now take over as my weeding has removed the dominant force for evil that was those bloody daisies.

Tomatoes: These are a first for me, started off to zero fanfare in the conservatory last month. I managed four sensible seedlings from attempting about twenty, which is both disappointing and practical. I have three in the 80s old lady staple that is a grow bag and one in a pot to be transplanted to the patch when it’s a bit stronger. I have started some more seedlings to try some latecomers too and planted a bunch of marigolds nearby to test that natural pest-repellent theory.

Raspberries: Received from Susie-Soo last year, growing very well in a pot by the house and showing signs of flowering.

Basil and Coriander: Going great guns having started out in the conservatory, now on the patio in a tub.

Rainbow Beets: A seedy gift from the Mothership, currently very small spouts that started in the conservatory and went out in a pot this weekend.

Lettuce: Showing no signs of anything.

Chard: Still going from last year, was very tasty fried up with some mushrooms this morning.

Carrots: Now I was going to give the carrots a miss this year, but I have space now from all those dead beans so I have sown some Nantes 5 and Heritage Purple variety straight into the ground today. A little bit late perhaps, but I usually harvest them too early so maybe this will stop me from premature pulling.

Butternuts: Planted today into the aforementioned weed patch of doom with a bit of fish, blood and bone and a very good watering. I have also sown fifteen nasturtium seeds to border them in the hope that they give the slugs a tastier option.

So that’s it for today, if my legs regain any flexibility before sundown I will be out to spritz all the green stuff with my bee friendly nibbler repellent of soapy water. Yes, really. I’m still on that whole enviro-gardener thing despite The Daisy Incident and discovering a four foot thistle trying to bodyslam my lavenders yesterday.

One thought on “Grow Your Own! Pulling Up Daisies”