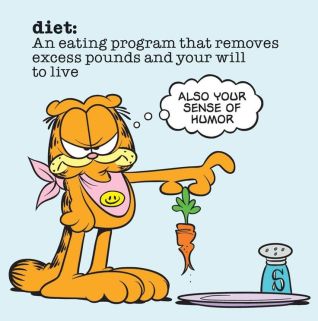 Unsurprisingly, living without a kitchen for just over a week whilst having one set of parental units staying and the other set on standby for a blow out birthday lunch has not resulted in me having a good loss to report.

If you aren’t cooking for yourself, accurately calculating weight watchers points is nigh on impossible. I would also hazard to say that when faced with nothing more than a kettle and a plug in blender in terms of cooking equipment it is pretty much impossible to stick to the plan anyway. I had two workmen and my mother to account for from a fridge and bread basket which I can promise you is not an easy fix with one vegetarian and two fussy sods prone to hangry fits. It was 8 days in total. There were takeaways and pub visits amounting to, I think, four hot meals provided by others. The rest was accounted for from ruthless attacks on the cheese, cold meat and quiche section of my local co op.

I put on this week.

Yip, my weigh in after a good ten days off target, eating cheese and drinking too much has resulted in a gain of roughly one fifth of a kilo. I don’t know how this isn’t 10 times this much, but I’m going to take it gladly and crack on. Oddly enough by the fourth or fifth day living on Camembert sandwiches and hummus pots both the Mr and myself reported feeling generally pretty crap. He was full of flu-like symptoms and I was visibly bloaty, pale and gross. More so than usual. Come Saturday morning, when the cooker was back in and the sink had a drain we trundled off to fill our German discount trolley of choice with a massive amount of vegetables. Peas and green cabbage never tasted so necessary. Other than the obvious win of my spanking new floor tiles and worktops, I am not proud of nor happy about any of this. I feel like I should go back to my scales and ask for some appropriate punishment because this is not right. Ok so it was stressful so there were some adrenaline calories burned and I moved a couple of things about and de-weeded my entire garden but that can’t account for this much straying. For every hour I ran I spent three on the sofa introducing the Mothership to House Of Cards. I sense a full week on the rails only to go up a couple of kilos next week, and I will have to take that one on the rapidly developing double-chins.

Mantra for this week is mass hydration and excessive greenery. I’m actually looking forwards to it. Now where did I leave that grapefruit……..