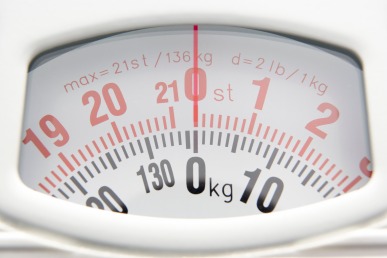 I come to pen this post feeling renewed and positive, having verily turned my back on the NHS programme I was referred to in March. I’m not going to break the whole thing down as it will take me ages and if you’re going to do it you should do so on referral with support and without my negative cliffnotes. It is a very similar set up to Weight Watchers and Slimming world, with weekly weigh ins and little booklets and no calorie counting! Only you do of course count other stuff without any meaningful explanation as to why you are comparing chicken to a deck of cards or trying to gauge a thumb’s worth of olive oil instead of just using a bloody tablespoon. I dropped a little over four kilos on this plan. Slowly. And that loss stalled the moment I looked at a glass of wine or missed a run or even considered a 98 calorie bag of baked-no-fat-crisp-like goods. I fell off the regime a lot and I did not feel good while I was following it.

Not to say it doesn’t work for others, but I found the biggest problem with this diet, as with it’s SW/WW hybrid cousins in the past, is the assumption that you go in as a nutritional retard who eats piles of lard soaked sugar balls for breakfast and never moves further than between the sofa and your special Mountain Dew fridge. When you start having free foods and alloted generic portions it all goes to shit, for me. When you start casting out higher fat wholefoods or putting limits on protein it all goes to shit, for me. When you have an out and out ban on anything that you aren’t violently allergic to as a long term plan, seriously who can that work for?

A legit day on the previous plan would have involved a smallish amount of cereal and yoghurt; ryvitas and fake skinny cheese spread or 2 boiled eggs; banana; salad with chickpeas and a cupasoup; some screaming hunger rage afternoon snack; an apple; the deck of cards sized bit of meat and some green veg plus a plain carb in a small amount. In that order plus ONE of the following evils per day: a teaspoon of jam or honey, a pack of practically no fat baked crisps things, a half pint of beer or inhumanely small glass of wine, a tablespoon of ketchup or reduced fat mayo or reduced fat dressing, a plain rich tea biscuit. I was allowed half an avocado once a week if I absolutely had to but it was cool to use up to six slices of bread every day if there was no rice, pasta or potatoes in there.

And hell on earth for anyone who actually enjoys food or creates a calorie deficit from exercise. I think I lost most of the weight I did from just being too baffled to cook and too guilt emblazoned from my constant portion referral and tick lists to allow myself into the kitchen. So I’m not doing that anymore.

Basic science is what I’m back to. Get a plan, get a calculator and don’t eat more energy than you use. Also, get a spiralizer. I bloody love my spiralizer and may begin my own missionary movement to convert the world to courgetti!! Ah, she said courgetti, has she given up carbs??? No, I absolutely have not. There are carbs in courgettes you know. There are carbs in all veg. Calories too.

I count calories for balance but focus more on macros- that is the major chemical groups of food types. More details on this in posts to come but basically I aim for 40% of my calories from carbohydrates, then 30% each from fats and protein. I’m not struggling to stay under 1600 calories a day on this plan. I have actually stashed enough spares to not worry about a few vinos and some birthday cake this weekend.

I use My Fitness Pal* to track what I’m eating and am taking most of my menu motivation from Skinny Weeks and Weekend Feasts (buy this book it’s awesome) by the sickeningly lovely Gizzie Erskine, and my old hero Jillian Michaels. I hate the phrase but I have more or less gone ‘clean’, opting for whole, real food almost all of the time other than a small amount of whey in the mornings and a larger amount of instant coffee through the day. I’m not ever giving the coffee up.
The last few days have involved plenty of veg and meat but less dairy than before. I will enjoy a whole avocado in my lunchtime salad with olive oil dressing and a chunk of sourdough today, rather than drudgingly ruminating my way through cucumber and legumes then waiting a long, rumbly hour for the Hangry to catch up with me.
I’ve lost over half a kilo since the weekend and not gone over my calorie target once and most impressively: I have not been hungry. So not hungry that I’m not feeling a need to fill up on those dread no-fat-baked-crisp-like-goods of an afternoon and although I know the calories alone in them weren’t hindering my efforts, the salt probably was. In fact I feel better than I have in some time and the only consistent change for the worse I’ve seen is a crippling need for a mid afternoon caffeine fix. Which isn’t the end of the world.

Are there magic ingredients in wholefoods? Arguably, yes there are but even if you don’t believe in vitamins you definitely get more of them for your calories. It is just so much easier for me to watch the needle on my counter and choose the apple over the go ahead slices when I see how much they will comparatively leave me for the rest of the day, in handy numbers and pictures. It works because I’m greedy and I’m not going hey I can eat this and tick off a carb box as I was before, I’m thinking if I have fruit now I can have an extra spud with dinner and a little lick of butter and that’s way better than this processed low fat fake baked good.

Am I over excited about another new but ultimately unsustainable plan? I don’t think so. Because it is the same plan I used a couple of years ago when I was a stone lighter and trying to build muscle from a strict gym weights routine.  These days I have a dud shoulder and a temporary leg injury, I’m doing no exercise at all so I’ve pulled down the calorie allowance somewhat but the principles are the same. Again in a very simple terms that I will expand on another time the calorie watch gives the weight loss and the macro count manages hunger- that is why I think this is manageable. It’s just maths. I would lose weight eating only 1500 calories a day in prawn cocktail crisps and boiled eggs yes, but I wouldn’t like it very much. Nor would anyone who had to deal with me. By watching macros my diet is automatically moving to lower GI and higher fibre foods as well and freeing up my ability to have some good, natural and most importantly satisfying fats.

So far it feels good. So far I’ve probably dropped a lot more water and processed wheat bloat rather than actual fat, but that’s ok too because a consistenly decreasing number is motivation to keep at it. My 2016 pimple plague is settling right down and I’m sleeping well and needing my asthma medication a lot less (due to less dairy?). I can do this. Life is good. I was so sick of yoghurt and chickpeas.
*I am in no way compensated for endorsing My Fitness Pal. I would love some new under armour running leggings though if anyone is listening 😀

2 thoughts on “The Skinny Thing- Midsummer Check In”