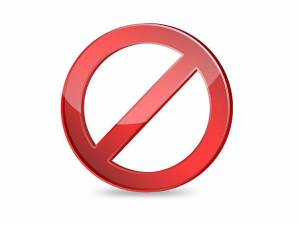 Life sucks when you can’t eat what you want.

As a first world problem, this might equate to being on a wedding dress diet or it might be the day before you run a marathon. Or it might be because the food you want is making you sick.

Almost two years ago, for no obvious reason, eating started to make me sick. It’s no surprise to anyone that I love my food, and it was turning on me. When you start talking about food sensitivities or eating-related maladies you tend to think oh, filth. It’s the filthy stuff that makes you sick: chocolate bars, cheesy pasta, anything that came from a cow, that kind of thing. Coffee, booze, ice cream, burgers- give those up and you’ll be ok. But it was the weirdest things setting me off. OK fine yes, coffee and dairy were bad but then a number of generically ‘healthy’ things were upsetting me too. Things like bananas. Pomelo. Beans. Brown rice. Broccoli. Who is intolerant to bloody broccoli?!?!?!
I saw the Dr. He ruled out coeliac disease, gall stones and a couple of infections then told me I probably had Irritable Bowel Syndrome and to stop eating anything that set it off. By ‘set it off’ I’m talking severe nausea, heartburn, abdominal pain, frequent or fruitless toilet trips, fatigue, sweating and cramping and bloating. Oh my.

I have a couple of buddies with IBS, and this didn’t seem to fit with me. For a start, it became pretty severe more or less over night (I at first thought I had a tummy bug).  I also shared very few trigger foods with others, in fact some of the recommended IBS soothers would set me right off but hey, listen to the Dr, right?
So I paid attention and I wrote it all down and after another few months of this bullshit I realised there was no pattern, there were no trigger foods.  I just had bad patches, where the only thing I could swallow without incident was painkillers. And in the times when I was eating very little, my belly was getting bigger.  Sometimes for days, sometimes weeks, then it settled down again. This was not IBS.

So I went back to the Dr and told him that I couldn’t find any food patterns and I was also randomly exhausted and seeing severe periods of, well, periods. He gave me more IBS medication and pretty much laughed off the aspect of period pain. He also suggested I seek out some stress management.
In a quick aside, I would like to ask roughly how many blokes have been to the Dr presenting obvious physical symptoms and been told by their GP to try to calm down a bit, dear? Anyway.

Long story short(er) I got a second opinion, got some very quick referrals and scans and can since confirm that I do not have I B sodding S. Rather I have an autoimmune condition causing inflammation in the abdomen which directly bothers my guts. I’m not allergic to anything, other than cats but I haven’t eaten one in years……
I’m not going to share all the details of my innards here, frankly I don’t know you and you probably don’t care. So why I am I going on about this? Two reasons.
Firstly- food sensitivities are well understood. They are severe and medically distinct conditions- just look at the recent Pret-sesame-death scandal. If you are allergic to something, you will know it.  Food allergies do not develop overnight in adults, and in a world desperate to sell you a diet plan they make convenient scapegoats. IBS, Colitis, Chrones and yes fine Stress are all legit diseases with physical symptoms, I do not doubt that BUT just because you have heard of them them it doesn’t mean you have them. If you have chronic health problems, see a specialist. No, not Joe Wicks, not an Instagram model who lives off chickpeas and sand and not necessarily your GP either- though they are the best place to start. Don’t give up wheat and meatballs on a whim and hope it all goes away. See someone who has actually studied this stuff properly and understands it because they are suitably qualified. Ever wonder why that Gluten Free Cook Book salesman is so keen to convince you that everything wrong with you is down to wheat? Now let me think…….
Secondly-  Current advice from the actual professionals I saw is steering me towards medicine first with dietary back up. I have to seriously reconsider everything I’m eating, which is going to change the content of this blog somewhat. I’m not just doing it to be an on-trend-almost-vegan-go-organic-arsehole, I promise.

There’s a long list of stuff I’ve been advised to cut out to combat inflammation and avoid further disrupting my hormone balance, and most of it is the good stuff. Sigh.
An anti-inflammatory diet is pretty much a standard modern healthy eating plan- whole foods, oily fish, plenty of greens with minimal red meat and sugar. Chilli and caffeine are also best avoided.
A hormone healthy diet is a bit more complicated. Because it isn’t the foods that screw with your hormones, but the extra stuff that is in/on them. Pesticides and herbicides are hormone meddlers, so we go organic where we can afford to and religiously wash and peel our fruit and veg to try and get rid of residual crop treatments. Not too tough.
Animal produce is a different kettle of omega6-rich-fish. Mass farmed animals are given medicine to keep them ironically well enough for slaughter. This includes growth hormones and antibiotics, which can remain in small amounts in meat and milk. I don’t think I need to say that a hormone friendly diet involves avoiding ingesting artificial growth hormones.  Antibiotics screw with your gut bacteria, which can contribute to inflammation. Double whammy there so fine, we’re dropping meat unless it’s organic. We can’t actually afford to shop organic all the time so we are basically more or less giving up meat. Boo.
Farmed fish are also up there with the antibiotic treatments. so going off the list too.
Cheese, then, lots of organic cheese salads for me, woo hoo!!!! Except all milk contains high hormone levels, no matter how organic it is. It’s produced by recently pregnant mammals. Just think about it. Gah!
Imma get me into some veggie burgers then, right?!?!!? Ye-ah, maybe not. Soy and soy products like tofu, soynuts, soya milk etc have been shown to mimic leading lady hormone estrogen once digested, messing with hormone receptors. Tofu and miso are seen as ok in limited amounts, but anything further processed than this is a big no-no. Soya milk and uber additive soy lethicin are especially evil.

Bread, crackers, pasta, sweets: all processed carbs that can interfere with insulin action. Insulin is a hormone.  Out.

Processed wheat free no sugar low fat wonder diet foods then? Did you read this week about the link between artificial sweeteners and type 2 diabetes (a hormone based disease)? Yeah. None of that.

What the actual crap am I going to eat????

Nuts and seeds are pretty much OK. Hooray for nuts and seeds. And I’ve still got eggs. Organic free range eggs, obvs. Plus all the veg I can manage, from an ever so slightly reduced list to rule out the worse offenders for pesticides and those pesky heat making chillis. God I love chilli. Pulses and beans are ok but should be limited due to their bloat-promoting activity. I’m told that if I must drink, red wine is high in anti-inflammatory polyphenols and I think that given all the above, we can conclude that I must drink.

I’m starting seriously but slowly, ditching most meat and white flour straight away. I’m going to wean off the cheese with organic goats and ewes types for now and in much smaller amounts. I might have yoghurt once in a while for the bacteria feed. I barely eat fish anyway as it’s expensive and the Mr won’t touch it. Caffeine limits are in place, chilli and sweets are gone. Booze is seriously limited. I’m going to learn to love buckwheat and improve my relationship with quinoa.

I would rather like to cry quite a lot when I think about it all.

I was out for dinner with buddies last night and ordering to tick all the diet boxes was nigh on impossible, other than a side salad. I don’t doubt I will fall off once in a while and have the odd treat but it’s funny how something that feeds a sickness that effects you every day suddenly stops looking like a treat.

I suppose this is a rather long winded tale of why I’m turning into one of those food whingers that I so frequently take the piss out of, and why the content in this blog is going to change some. I still love my dinners, and that isn’t going to change. I will make this work.

I would love to hear from you in the comments if you hang out on this kind of eating plan yourself or in particular follow an Endo-diet.

2 thoughts on “Are you going to eat….anything at all again ever????”